They can’t keep their hands to themselves.

Selena Gomez was photographed getting close to Italian movie producer Andrea Iervolino while yachting in Positano, Italy, on Wednesday.

Iervolino, 34, was seen flirtatiously holding on to 30-year-old Gomez’s legs as she dangled her feet in the water while sitting on the edge of the mega-yacht.

Iervolino couldn’t seem to keep his hands off Gomez. 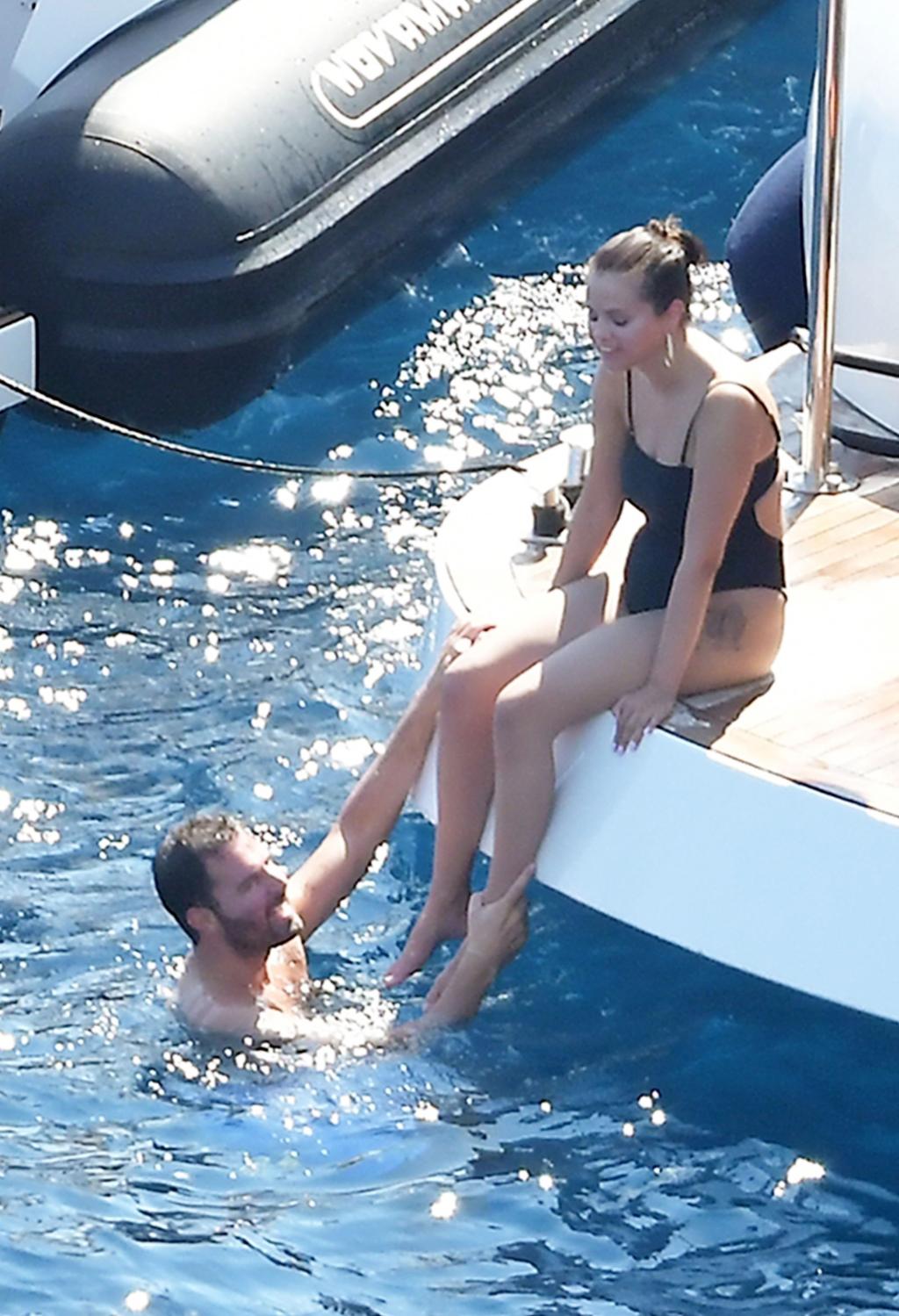 Iervolino couldn’t seem to keep his hands off Gomez.

“This outing was one I’ll remember forever,” the DJ, who…

Iervolino appeared to pull on Gomez’s ankles as if he were pretending to drag her into the ocean. She seemed to enjoy the attention and smiled as he touched her.

At another point, Gomez was seen jumping into the water, splashing Iervolino as he extended his arms to catch her.

The duo were also seen looking cozy as they sat side by side aboard the yacht while enjoying a meal and some drinks with other friends at a long table on the deck.

The “Only Murders in the Building” star, who was also seen jet-skiing with a gal pal, wore a sexy black one-piece bathing suit that showed off her backside.

Iervolino, who was previously spotted with Gomez in July 2019, is known for producing the films “Waiting for the Barbarians” and “The Humbling.” He also co-produced “In Dubious Battle,” in which the “Lose You to Love Me” singer starred.

While Gomez has not spoken about the nature of her relationship with the filmmaker, she did take to TikTok during her lavish yacht vacation to share a body-positive message about “real stomachs.”

In the video, she rocked a La’Mariette tie-dye swimsuit while lounging on the vessel. Over an audio telling her to “suck it in,” the Rare Beauty founder lip-synched, “I’m not sucking s—t in. Real stomachs is coming the f—k back, OK?”

Gomez’s flirtatious yacht excursion comes just weeks after her grandma put her dating life on blast in a video that the “Wizards of Waverly Place” alum shared on TikTok.

In the clip, Gomez was applying lip liner when her nana asked off-camera, “So, how did you end it with that guy?” Gomez then seemed to panic before responding, “Uh … I’ll tell you in a second.”

The Grammy nominee gave insight into her single life while hosting “Saturday Night Live” in May.

“One reason I’m really excited to host ‘SNL’ is because I’m single — and I’ve heard ‘SNL’ is a great place to find romance,” she joked during her opening monologue. “Since I don’t really want to try the dating apps, I just want to put it in the universe that I’m manifesting love. But at this point, I would take anyone.”

Gomez typically keeps her romantic life close to her chest. She dated Justin Bieber, who is now married to Hailey Bieber, on and off for seven years until their final breakup in 2018.

She also dated The Weeknd, but they split in October 2017 after 10 months together. Gomez has additionally been romantically linked to Zedd, Niall Horan and Nick Jonas.

Her rep did not immediately respond to our request for comment.